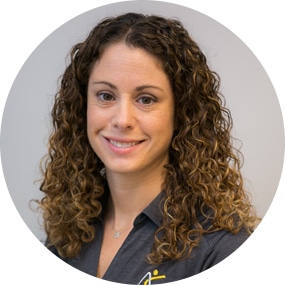 Dr. Gordon was a high school and collegiate athlete  suffering several injuries that lead her pursue a career in physical therapy.

In 2017, Dr. Gordon completed her fellowship with NAIOMT and is recognized by the American Academy of Orthopedic Manual Therapists.

Dr. Gordon has served as the lead physical therapist for the Washington Nationals Baseball in 2005 and from 2010-2015.  She works extensively with numerous professional and semi professional athletes from MLB, NFL, PGA, Canadian Football League, and European basketball players. She also works closely with many high school and collegiate overhead throwers and female athletes.

Dr. Gordon is guest faculty with NAIOMT, teaching a specialty course for rehabilitation of overhead athletes and she has been invited to speak at a variety annual sports medicine conferences across the country.

Get latest news and awesome offers!

Drop us a line